Too Prickly For This World 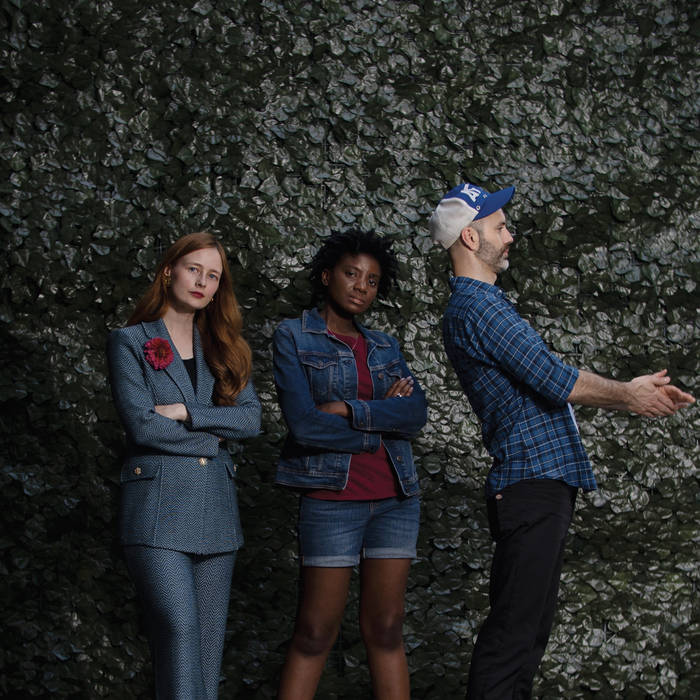 Sam Harrison I love this band because they aren't afraid to try new things! If you like beautiful vocal harmonies, catchy songs, heavy riffs, other kinds of riffs, and/or meaningful lyrics, you'll dig this Favorite track: Your Mother.

BetoR Great vocal harmonizing, hooks, guitar work. So many bands will have an album where every song sounds the same. Wife Patrol is very original. You think a song is going one way and they will shift directions. Love them. Favorite track: Valentine Citrus.

ihatemyusername Crazy catchy songs! My favorite is "Let's Hang Out"

"In the space of a single song, the Indianapolis trio jump from metal riffage to joyfully catchy pub rock without losing an ounce of power or effervescence. Wife Patrol’s Too Prickly For This World is overflowing with indelible hooks and defiant verses. Highlights like 'Girl Cactus' and 'Valentine Citrus' are determined to stick in your head for days."
– Nathan Leigh, AFROPUNK

"Sleater-Kinney territory permeating through this super-catchy new one from Indianapolis based trio Wife Patrol. ‘Let’s Hang Out‘ is earworm central from their hotly tipped debut album out this month."
– Birthday Cake For Breakfast | Manchester

"Indianapolis’ new-wave punk band Wife Patrol serves up a delectable debut LP, Too Prickly For This World. Listed as a Bandcamp ‘New and Notable’, this album flawlessly blends together every genre on the punk sliding scale from the last forty years to create the perfect album for the new decade."
– Overblown | UK/Ireland

"Wife Patrol is what happens when serendipity and high energy combine. The Indianapolis-based band has a new record, Too Prickly For This World, and it showcases how sharp, thoughtful, and impactful the trio's songwriting can be."
– Angry Grrrl Music of the Indie Rock Persuasion

"On softly cycling melodies, layered vocal harmonies, and hissing percussion, this song ('Valentine Citrus') feels like an invite to lay on your back in the cool of dew-jewelled grass and let nothing but the damp earth below and the cold sky above touch you for a while."
– Popoptica

"Set to release their debut album Too Prickly For This World on 4th September, Indiana-based Wife Patrol explore everything from power structures, toxic culture, friendship and bad weather in their music. ‘Let’s Hang Out’ is their debut single, and it’s filled with punchy beats and catchy riffs."
– Get In Her Ears | London

Bandcamp Daily  your guide to the world of Bandcamp